Straightening a Bent 1U Server Chassis

I recently acquired a new (used) server which was damaged in shipping.1 Luckily the damage wasn't anything serious, just a slightly bent frame. 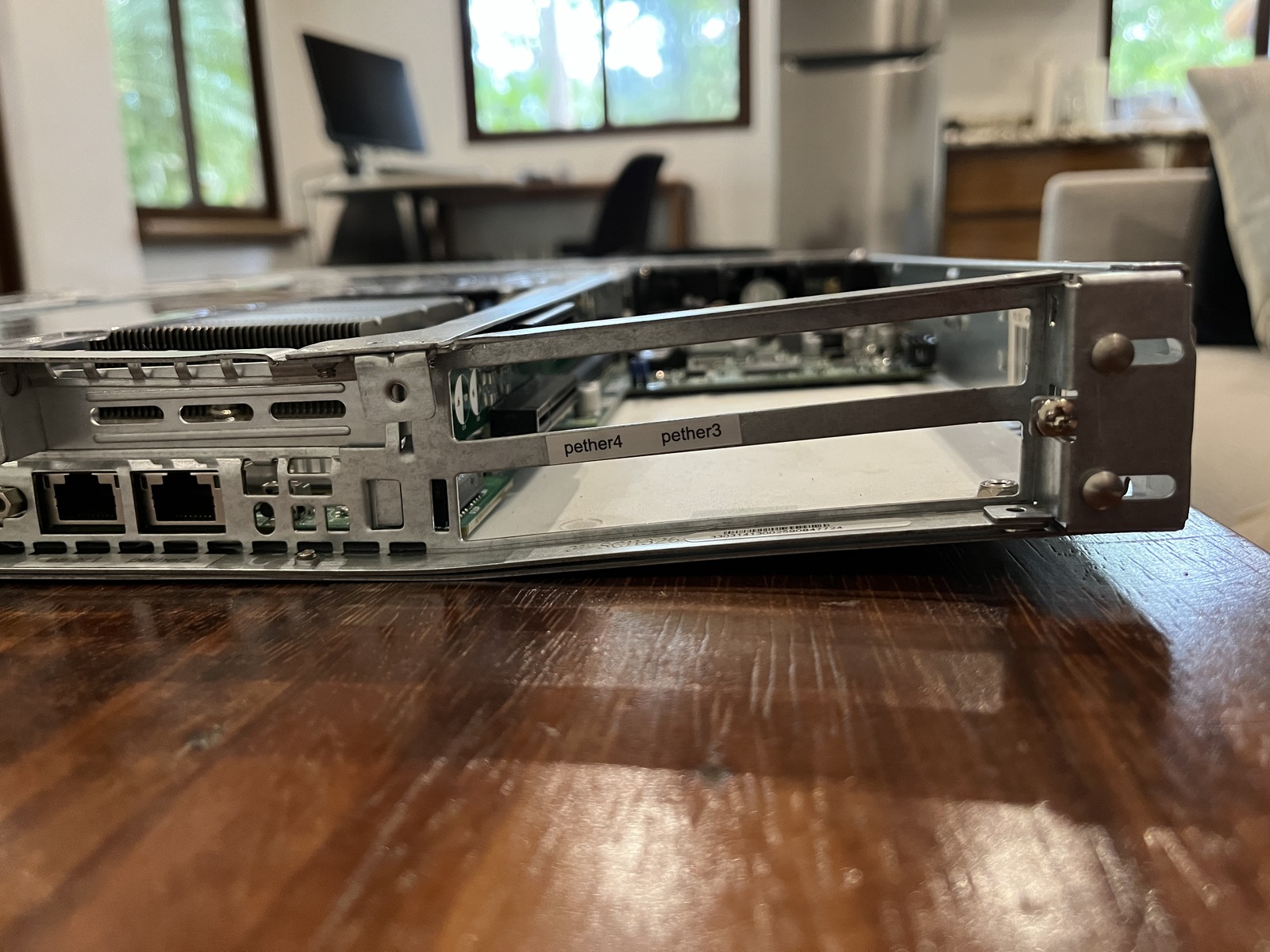 In order to have any hope of fixing this I'd first have to remove the motherboard. As you can see, none of the internals appear damaged. It seems like the PCI riser's bracket may have provided some extra sturdiness to the location just at the edge of the motherboard, preventing the case from bending closer to the middle. In any case, buena suerte. Let's get started by first removing the plastic airflow cover and the PCI riser. 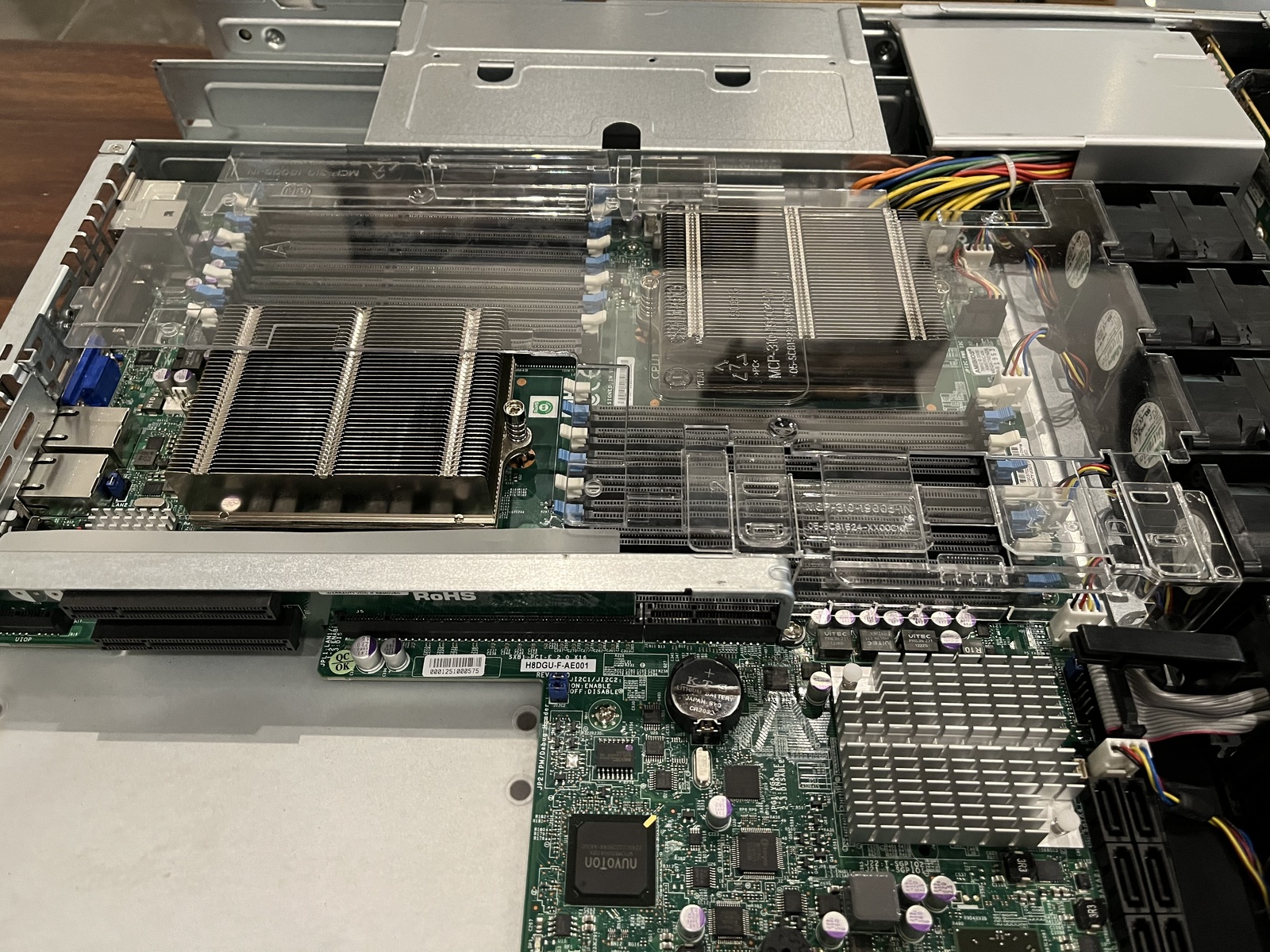 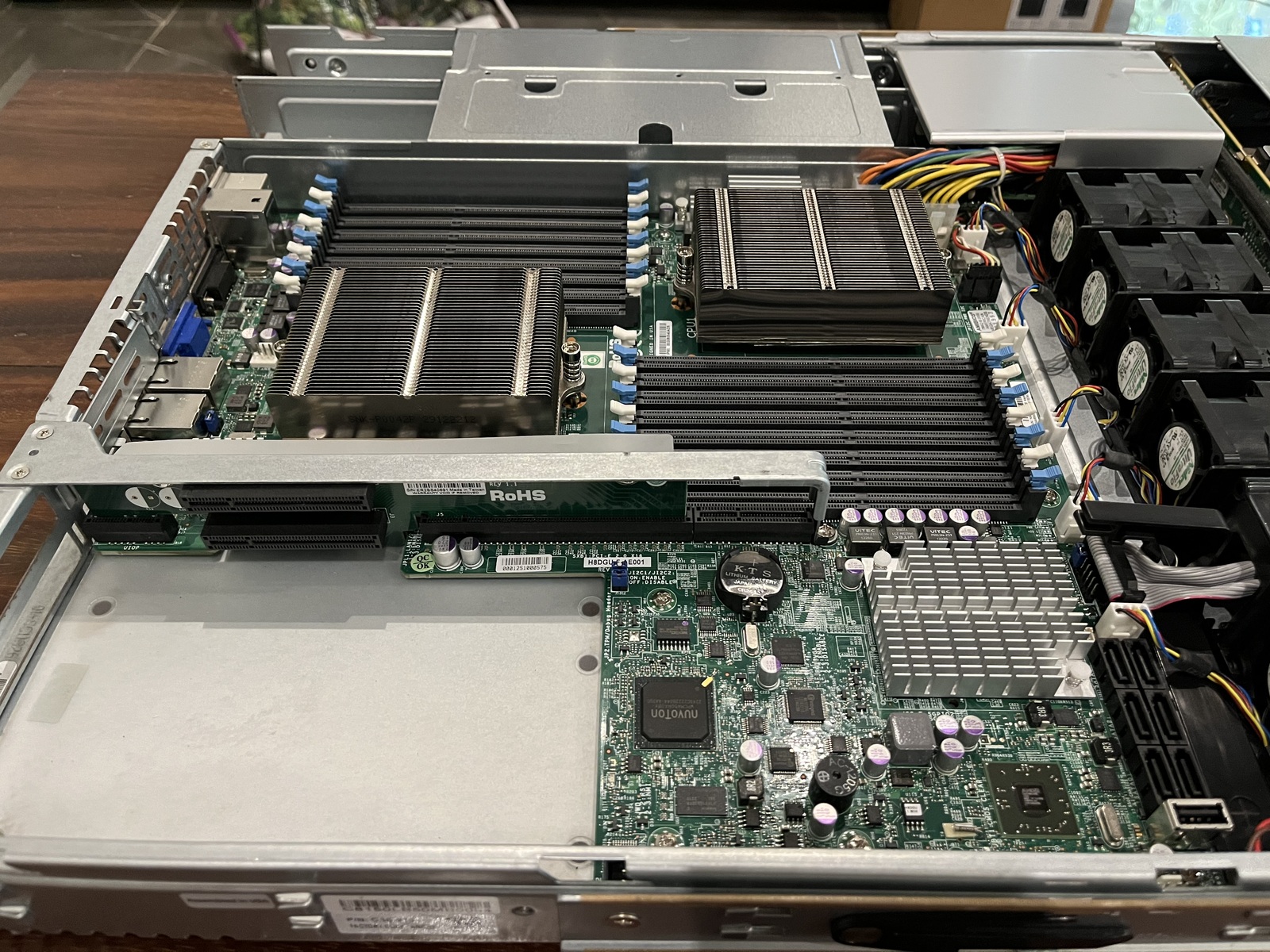 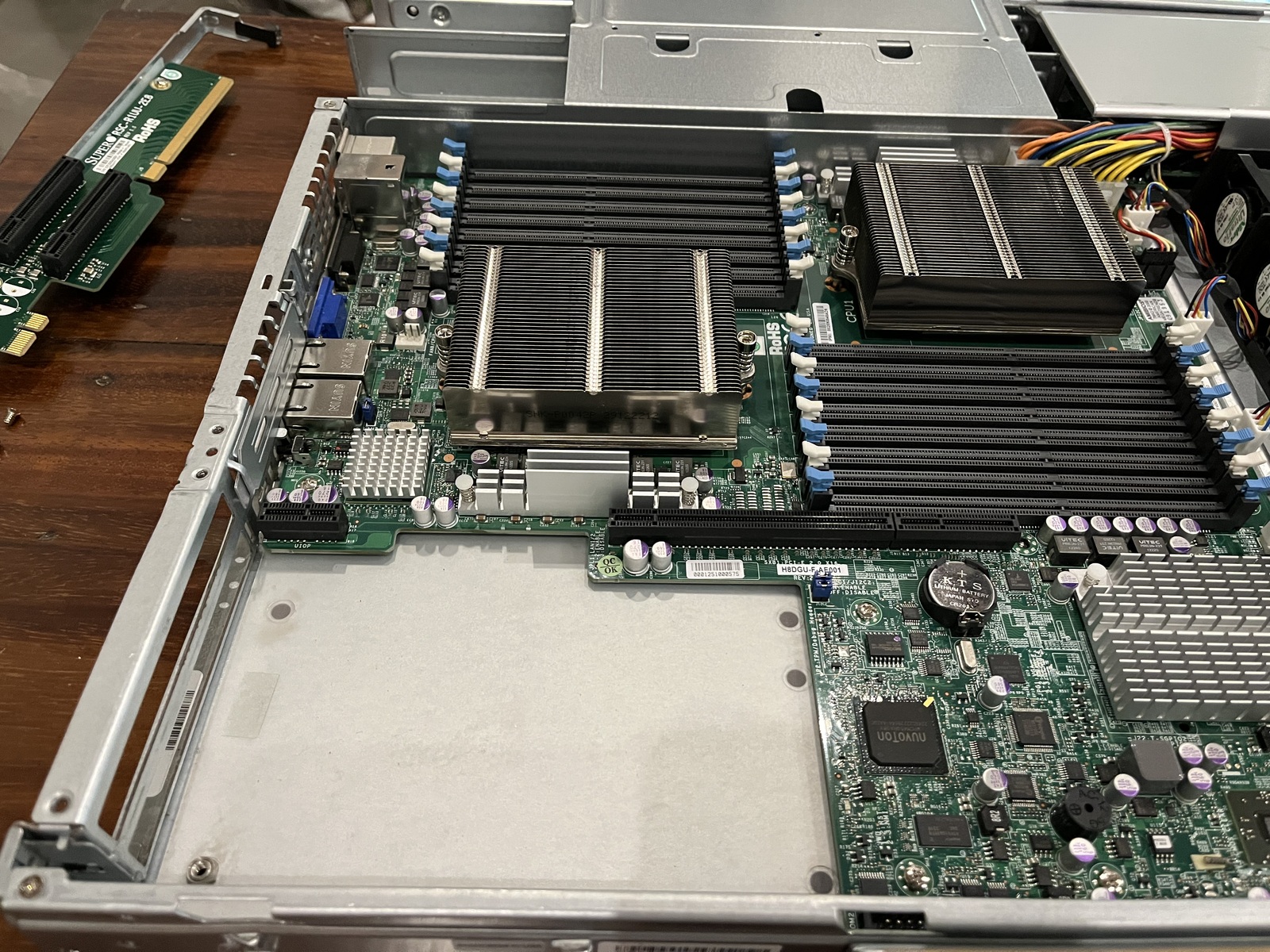 Now on to all of the fan and power cables. The fans were no problem but it was a bit tight around the mains, which required some extra finesse. The first thing that got in the way was the zip tie closest to the connectors. It made it difficult to get my fingers underneath the cables and from the other side it looked like it also might have been wrapped around some cables I did not want to disturb. 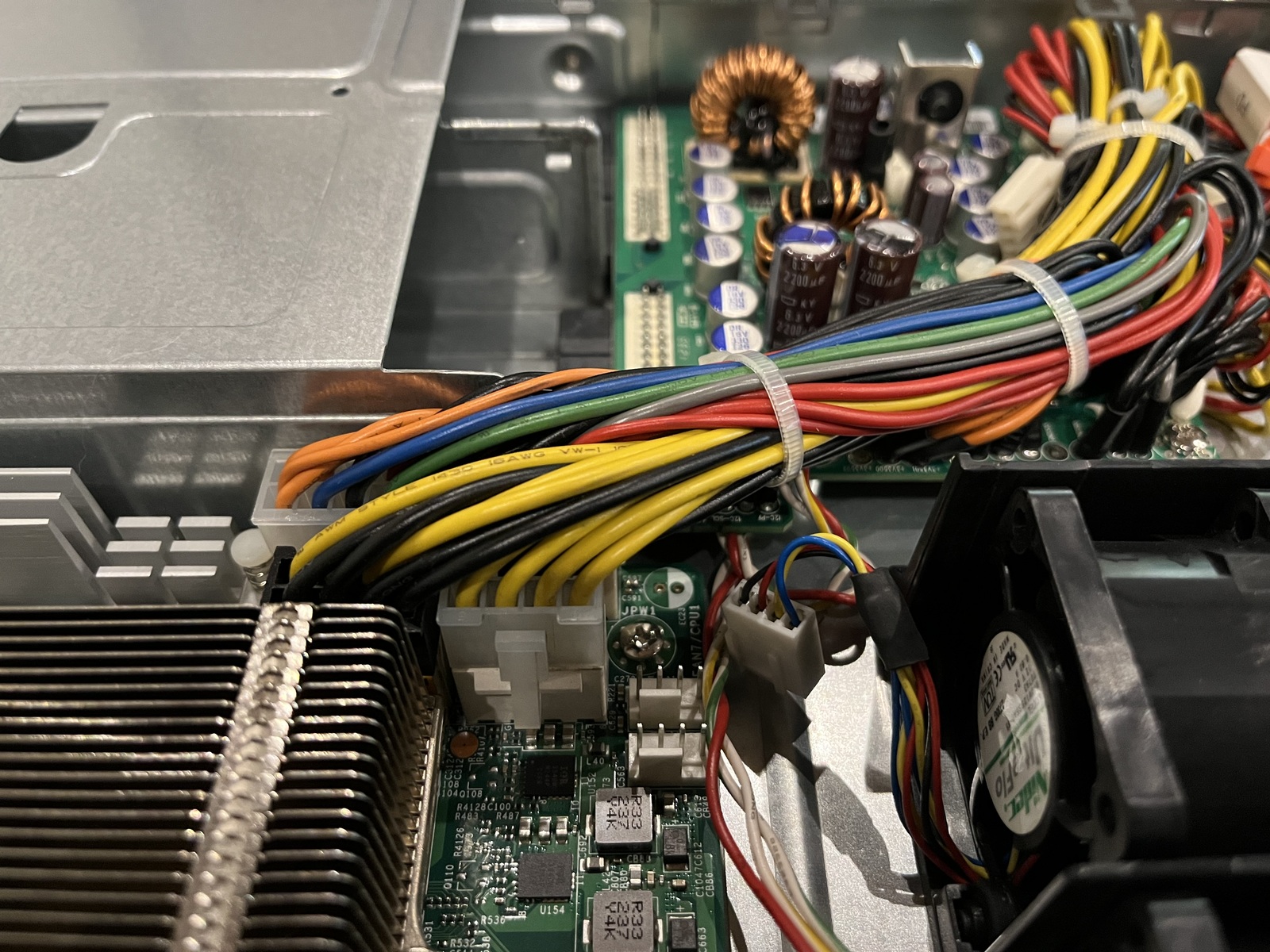 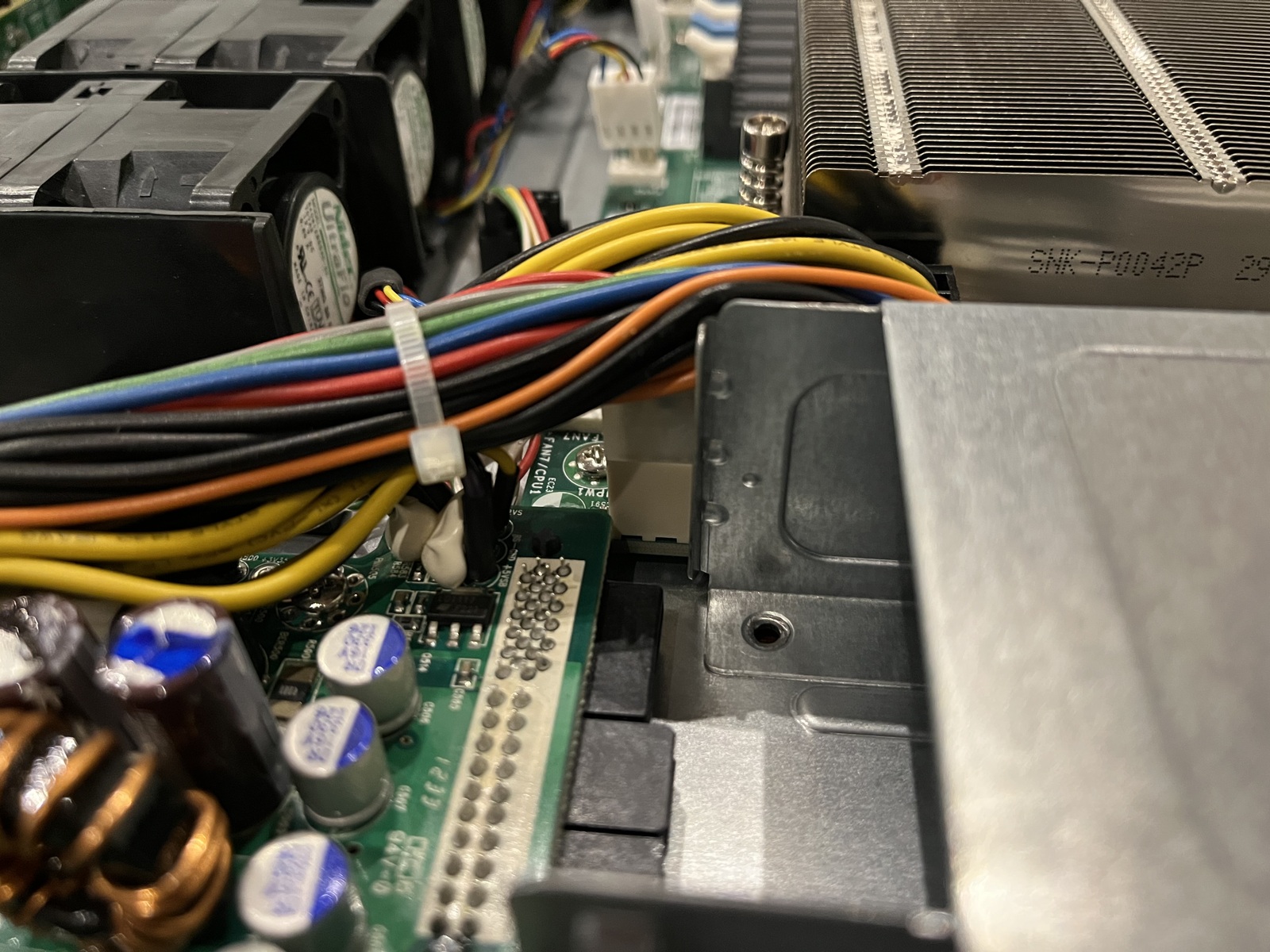 With a sharp knife I carefully sawed at it until it broke. I also removed one of the heat sinks, since that was getting in the way.2 To help with some of the clips I used a flat head screwdriver to squeeze them open. 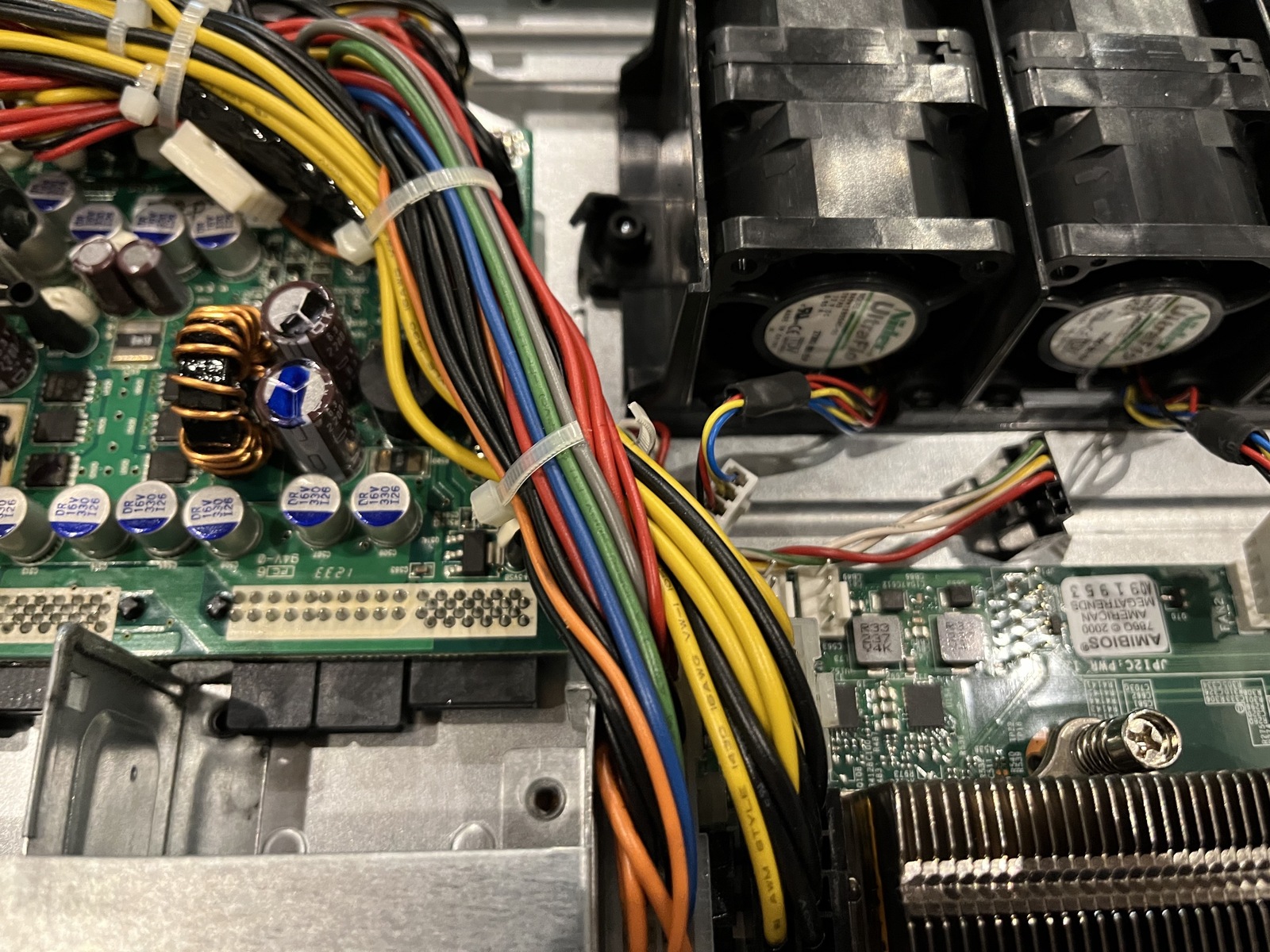 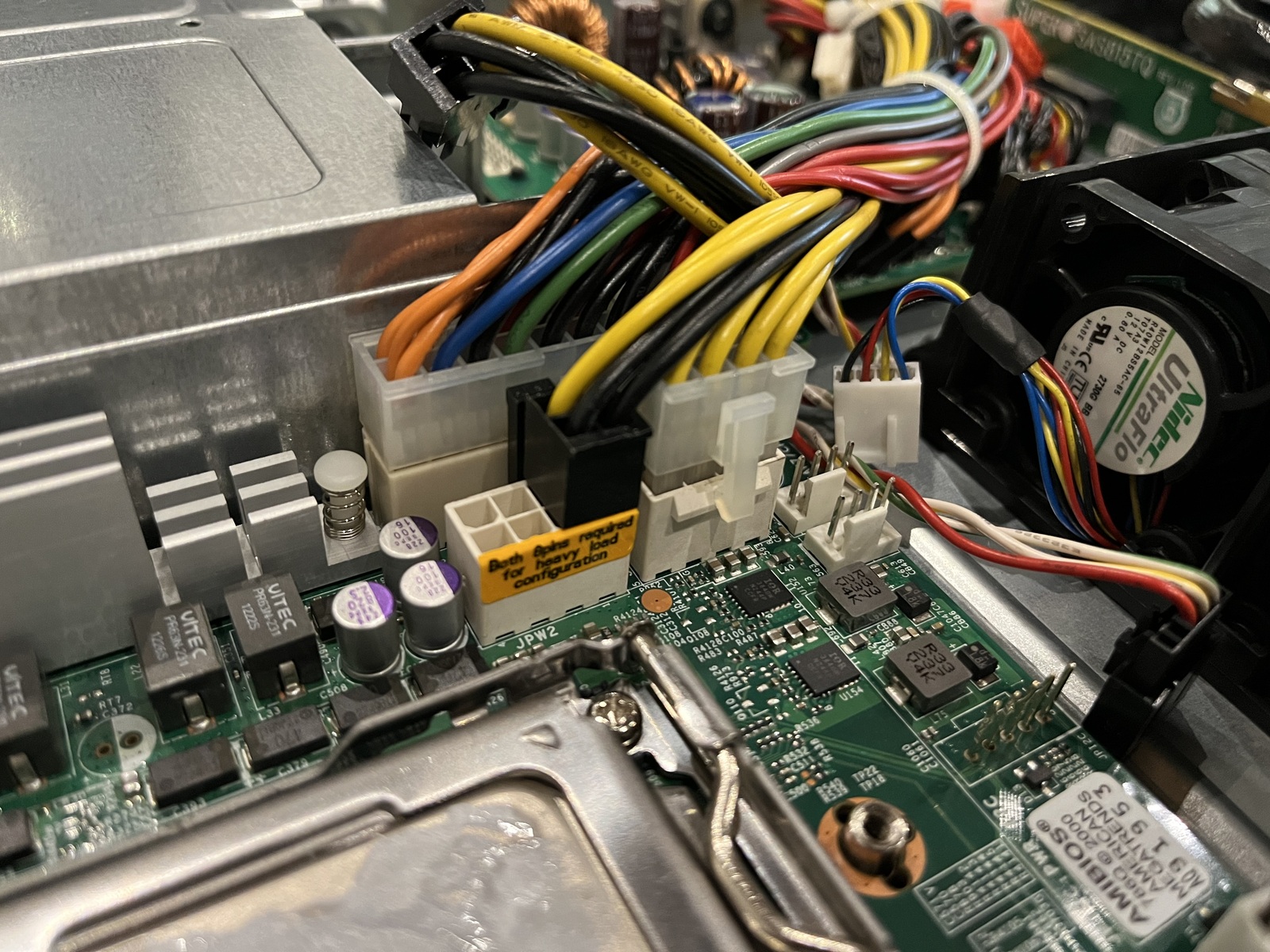 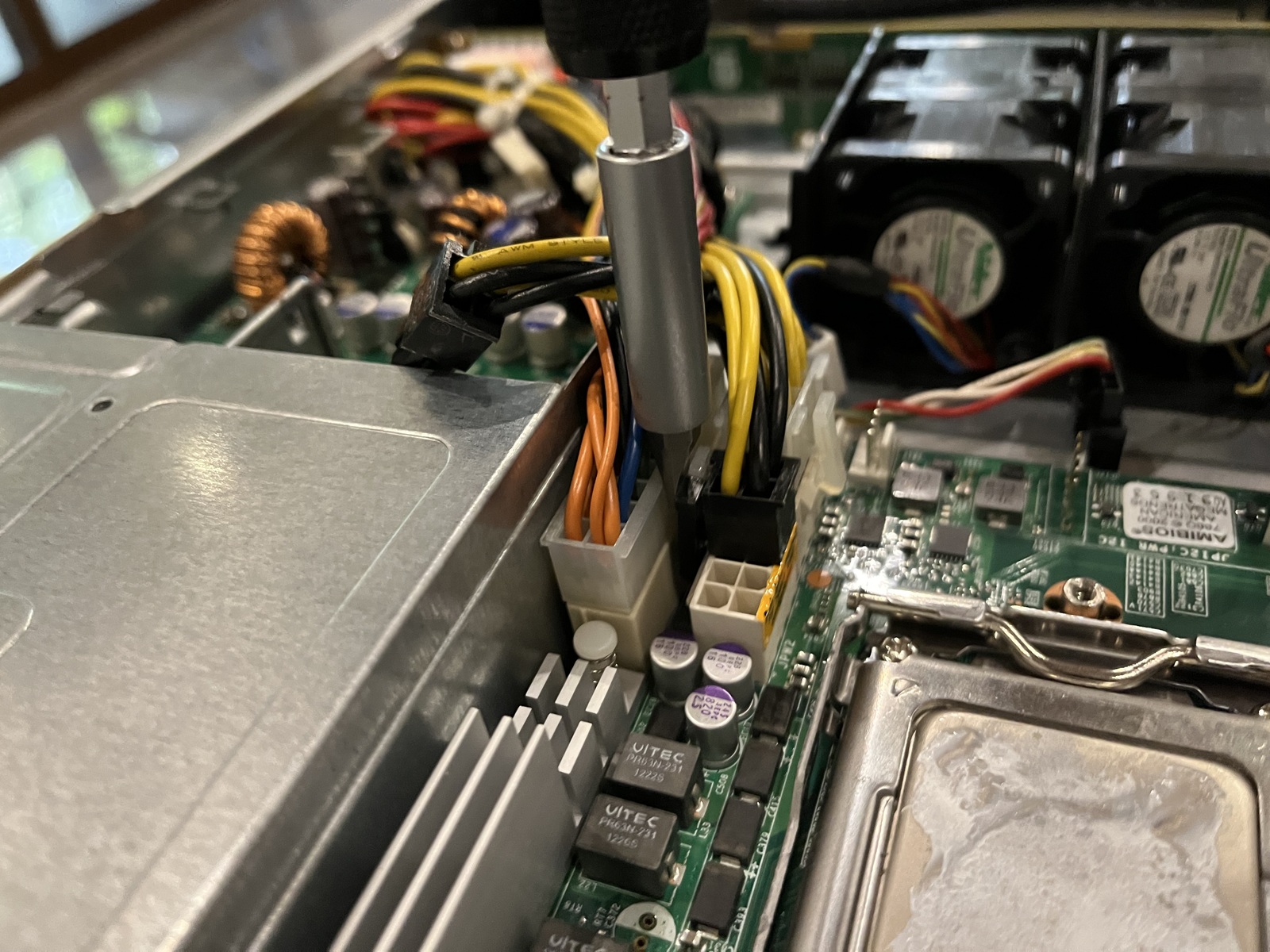 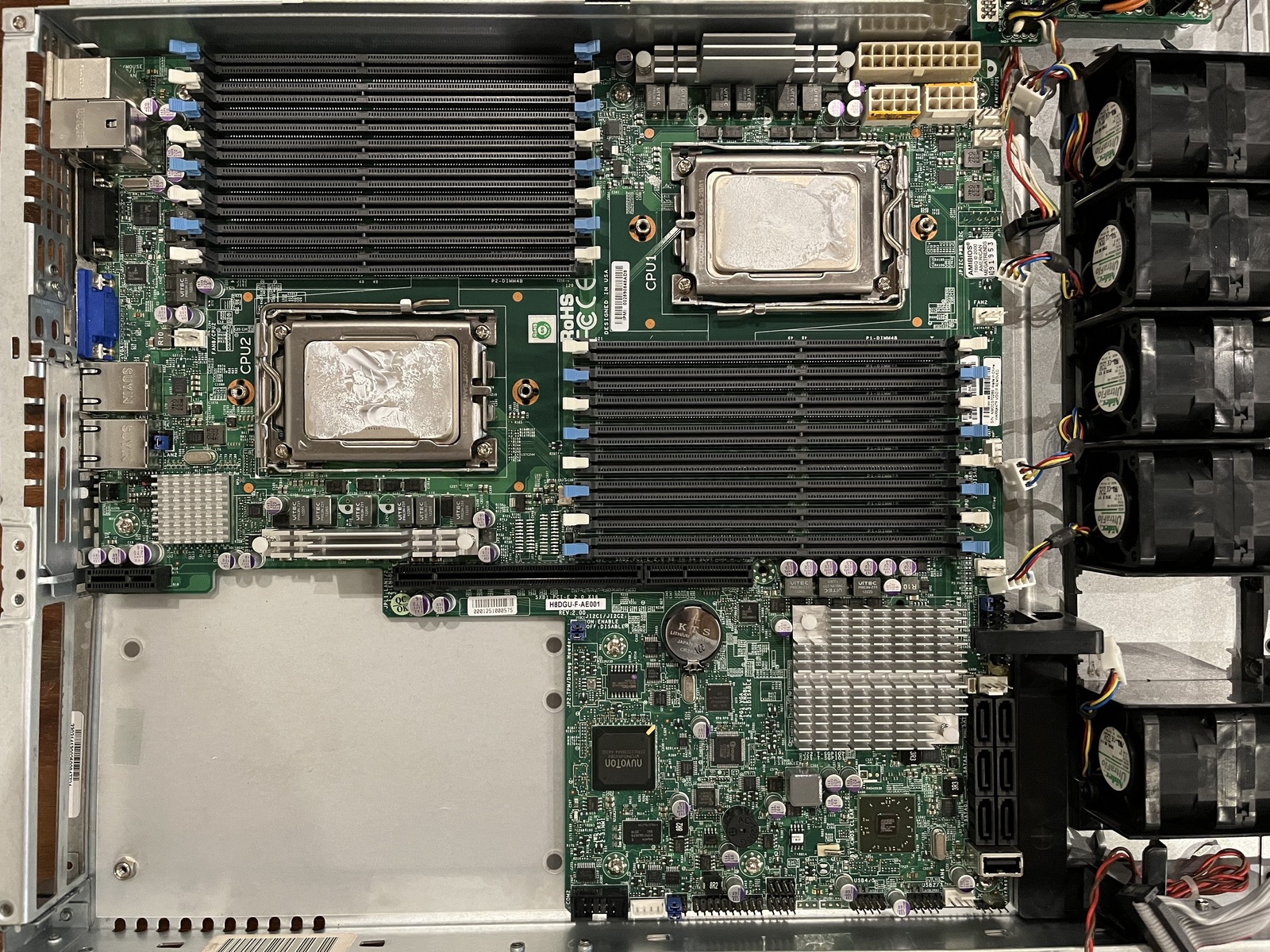 With all of the cables unplugged, all that was left was to unscrew and remove the motherboard. There were no surprises here and inspecting the motherboard upon removal further reassured me that it hadn't suffered any damage during transit.

Now with the case (mostly) empty I was ready to move it to the bodega3 for phase two. I scanned the walls and shelves until I found two vices that seemed perfect for the operation.4 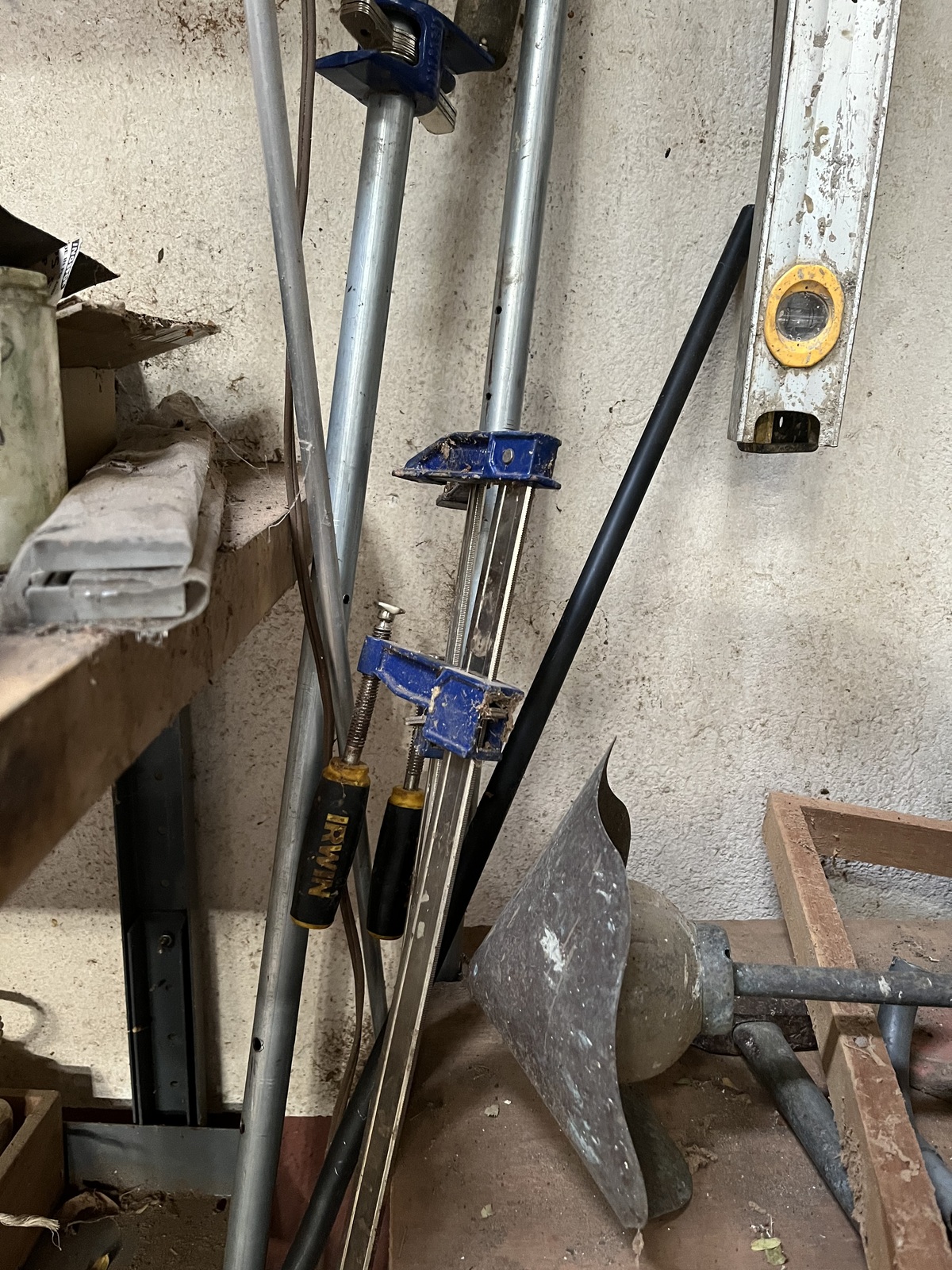 I also noticed an old sheet which was being used as a rag, so I made some space on a workbench and laid it flat just to avoid adding any extra scratches to the chassis while working on it. I then attached the vices to either side and started gently tightening the one on the right side to straighten the frame. 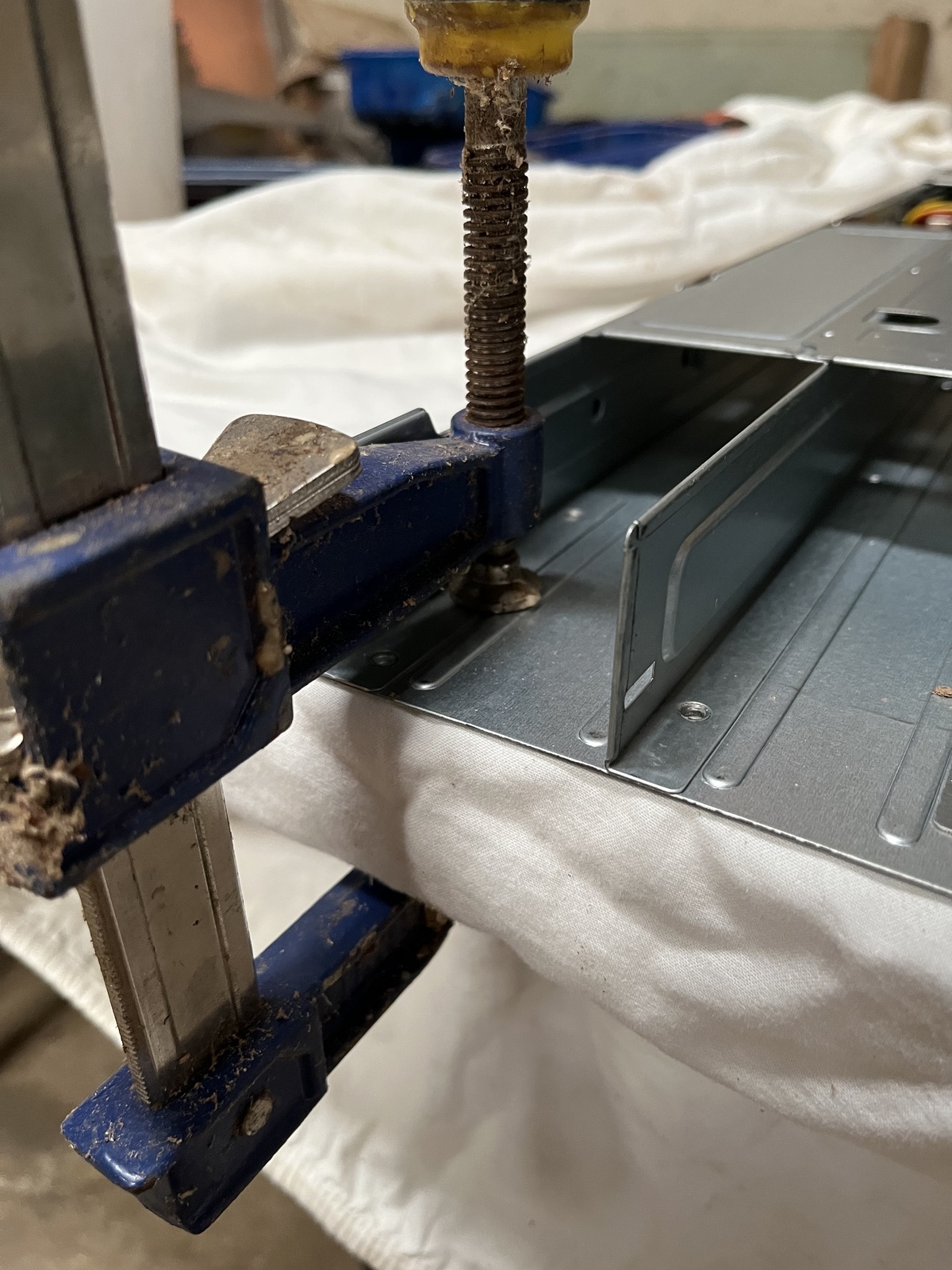 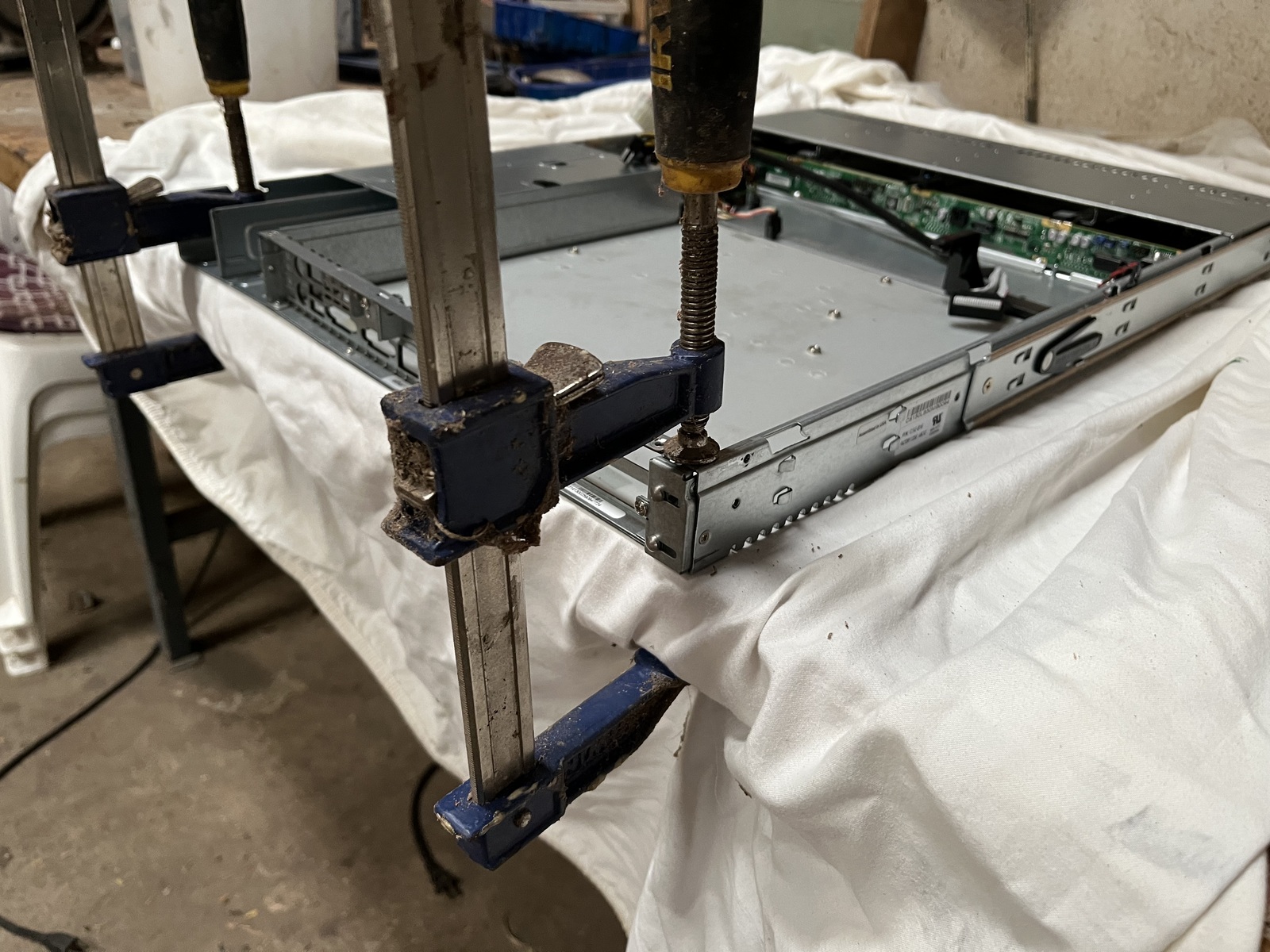 As I was doing this I noticed the left side starting to arc up so I moved the left vice inward to prevent adding a new deformity while fixing the original. I tightened the right side all the way but, as you may have noticed in the photo above, the flat surface isn't going to cut it. In order to fully straighten out the bend I'd need to add some leverage. I once again searched the bodega for something that would do the job. A piece of wood, some cardboard, or a folded piece of paper might do. Instead I found something even better, a small section of 4 AWG wire. I placed it right under the bend and proceeded to slowly tighten the right side again. I again noticed some unwanted bowing so I moved the right vice inward, closer to the wire, and continued tightening. That was it. The case looked pretty straight to me now so I brought it back inside to take a closer look and reassemble the internals. As you can see from the before and after photos below, the operation seems to have been a success. Perhaps not perfect but hopefully good enough to slide into a rack somewhere. Here it is below with the motherboard back in place and the old thermal paste cleaned off of the CPUs. And finally all put back together and loaded with 256GB of DDR3 ECC RAM. I also loaded the SSDs (not visible in the photo) but unfortunately wasn't able to test anything past powering it on since I have no way to connect it to a monitor.5 The next step, after installing Dulap on it (or perhaps Pentacle), is to find a home for it here in Costa Rica. Oh, and I guess I'll also need a hardware RAID controller for it. If anyone has any recommendations I'd much appreciate it as this will be my first time buying one.

This entry was posted on Thursday, February 17th, 2022 at 8:24 p.m. and is filed under photos. You can follow any responses to this entry through the RSS 2.0 feed. You can leave a response, or trackback from your own site.